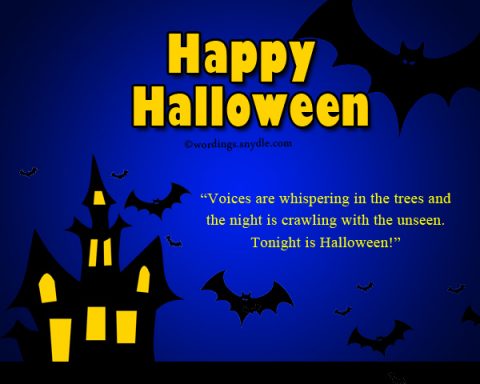 For many, especially those taking part, it’s a great, fun activity, but for others, who may not welcome numerous callers to their door, it can be a very unnerving and stressful time.

If you are planning to go trick or treating, please follow these simple guidelines.

If you would rather your home was not visited, please download print and display the poster by clicking this link

Messy Church at Church Barn, Biddenham. ‘Church’ with a difference!

Be creative Have fun Hear bible stories Sing songs Enjoy dinner for all the family. For children of all ages (Accompanied by an adult).

Free no need to book, just come along.

When we came to the meeting on January 22nd , 2018 to listen to a talk by Jonathan Byrne, the Oral History Officer at the Bletchley Park Trust, we knew that in Biddenham we were living near the scene of important code breaking work during the Second World War. We learnt more about this work from Jonathan and we found out that several people who came to the talk had connections with war time Bletchley.

By the early 1990s, Bletchley Park had fallen into disrepair and there was a threat that it would be turned into a housing estate. However, a new Trust Board was formed at the beginning of 2000 and since then 28 acres of the historic site have been acquired, there has been renovation of the wartime code breaking huts and the Trust’s Oral
History project, which Jonathan is in charge of, has provided a rich and vital archive of veterans’ memories.

Jonathan described the difficulties in tracing the thousands of people who worked at Bletchley. There are over 12,000 people on the Roll of Honour and since 2009, they or their relatives can apply for a badge to commemorate their service. Three quarters of the people who worked at Bletchley were women, which because of marriage and
name change can make checking and tracing personnel more difficult. The allocation of jobs in a stereotyped way has made matters easier, especially if only initials for someone who worked at Bletchley have been provided. Jonathan can then decide whether the initials can belong to a man or a woman by the nature of the job.

Since 2011, nearly 400 people who worked at Bletchley have been interviewed in locations all over the world, most in their own homes. Skype has been useful for interviewing veterans in Australia. To help him, Jonathan relies on a team of volunteers, one of whom lives in Biddenham and came to the talk. He sends the veteran who has agreed to be interviewed, usually as a result of a visit to Bletchley, a questionnaire to prompt memory. He said that the replies are usually very detailed and precise. They include information about selection for Bletchley, lodgings, the work undertaken and leisure activities (some of the young women would cycle a long way for a concert or the chance to sing or join in drama). Sometimes a family member sits in with the interviewee to prompt memory, though Jonathan finds that peoples’ long term memory is usually very good. The main problems he finds are modesty – veterans understate the value of the work they did – and sometimes sadness and emotion as friends and colleagues are remembered fondly, who have since died.

Some of the recordings of the interviews can be heard at Bletchley Park and they highlight the broad range of roles people were fulfilling from code breakers to machine operators and clerical staff. Jonathan would like more veterans who provided support services like meals for those working at Bletchley to come forward. Every interview recorded contributes essential and valuable information which is helping to build a complete account of what happened at Bletchley Park. To add to the picture, Jonathan now wants to interview people who lived in the Bletchley area during World War Two and whose family perhaps provided a billet for someone who worked at the park. If you know someone who would like to be interviewed, do get in touch with Jonathan at Bletchley Park 01908 – 272685 jbyrne@bletchleypark.org.uk

The next meeting of the History Society will be on Monday, April 16th , 2018 at 8pm in the Church Barn. Bob Ricketts will talk about the Women’s Suffrage Movement in Bedfordshire to mark the centenary of some women getting the vote in 1918. I hope you will be able to come. Programme cards for 2018 – 2019 will be available.

If you require a hard copy of this report to print, please click here.

On Monday, November 20th , Steven Cockings and Elizabeth Sayer from the Bedford Roman Villa Project gave a fascinating and very well illustrated presentation about their work to the History Society. We learnt that Biddenham was the powerhouse of agriculture in Roman Britain in the mid-fourth century AD. The rich soil and the proximity to the River Ouse for transport made it the centre for growing spelt which was distributed to the Roman garrisons on the Rhine and throughout Britain including those on Hadrian’s Wall, using flat bottomed boats.

The wealth generated by the grain trade was reflected in the relatively dense settlement and the Roman Villa complex at Manton Lane that Steven and Elizabeth have been working on since 2011. They pointed out that as late as 2010 it was possible to write that there were no known Roman villas in Bedfordshire, only farmsteads. However, that was to change in 2011, when work started to build a disability ramp at Edith Cavell School on Manton Lane. A utilities trench uncovered a section of Roman wall. This find made further exploration of the site and of the land across the road in Manton Lane desirable and this was undertaken in 2013 and 2016. Funding was provided by donations from individuals and Bedford Borough Council, and Mike Luke of Albion Archaeology provided expert professional help and guidance.

The objects found revealed a wealthy settlement in a south facing location and near to a natural spring with links to mainland Europe. For instance, a piece of pottery was discovered that came from Trier in Germany. High status items were found such as pieces of elaborate freestyle stucco plasterwork of a type that has not been found elsewhere in Roman Britain and rarely outside Italy. A fragment of window glass, high in iron, manganese and titanium can be traced back to sand found in Egypt. It would have been used probably in a bath house from about 350AD. The print of a small shoe or boot discovered on a tile was also a high status item.

Steven and Elizabeth depicted a wealthy complex that was thriving in the mid-fourth century AD. Steven would like to think that the Emperor Constantine might have been a visitor as he would have had luxury accommodation, and that the Eusebius named on the beautiful gold ring found in 1980 in the Biddenham Loop, had a connection with the villa. Sadly, the life there came to an end in 392AD when Steven said, the Romans  themselves systematically destroyed the villa for political and economic reasons. This is why only small pieces of glass and stucco survive. Some of the stone may have been used to build St Peter’s Church in Bedford. Steven and Elizabeth would like to find out more about this fascinating complex at Manton Lane and they did discover some more walls in the Spring of this year. We hope their project will continue to yield interesting information about our past.

Bedford’s Christmas Lights Switch On event will take place on Thursday 23 November, at 7pm, along The Embankment.

Everyone is invited to attend this free Christmas event when Bedford Borough Council will light up the town with another magnificent firework display to mark the start of the Christmas period.

Entertainment before the switch on, organised by BedfordBID, will take place from 3pm – 7pm in Harpur Square and will include a snowboard simulator, Christmas balloon modelling, a Cairngorm reindeer and lots of Christmas games.

Mayor of Bedford Borough, Dave Hodgson, said: “Get your hats and scarves at the ready and be sure not to miss this fun, family event which is guaranteed to get you in the mood for Christmas. There’s always a sea of smiles as the atmosphere builds up for the switch on event as peoples’ festive spirits are raised.”

Father Christmas will be at the switch on event, so get there early to get a good spot and help welcome him to Bedford!

There will be free late night parking at the Harpur Centre and Council-owned car parks (except River Street) from 6.00pm on the 23rd November. The Christmas Light Switch On will also mark the beginning of late night parking in Bedford Town Centre.

Further information on any other Christmas related events can be found here. 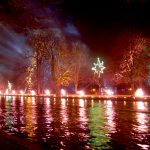 Biddenham has a new Vicar

After more than a year without a Vicar, St James’ Church finally has a new Vicar. An elaborate ceremony took place on the evening of 31st January 2017 at All Saints Church, Kempston Rural. The Bishop of St Alban’s, The Right Reverend Dr Alan Smith, presided over the service to formally welcome and confirm the new vicar , The Reverend Eric Lomax.

Many clergy were present from the Bedford area and beyond as well as local dignitaries.

Further details about him can be found at  Introduction – Eric Lomax

Eric Lomax will be responsible for  both St James’ church in Biddenham and All Saint’s in Kempston Rural. His first Service will be at St James on 5th February 2017 @ 9am.

We now have a subscription service on the website. The service is free and allows subscribers to be alerted every time a new news article appears on the website.

In order to receive this service you will need to register on a new widget which is located in the middle left side of the Home page.  See red highlighted image below:-

It would be great to see people actively use this website to obtain information about their community.

The Biddenham History Society have released their new program of events for 2017. Please see below a PDF showing their  list of events. All events are registered on the website calendar and are free to go to.