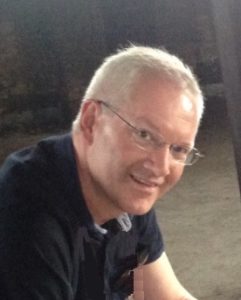 Peter has lived in Elger Close since 1998 with his wife Karen, a private client solicitor specialising in Wills and probate who practises in the centre of town. They have a grown-up son and daughter who attended Harpur Trust schools, and Karen is Chair of Governors at Ridgeway School in Kempston.

Peter read Computing Science at Imperial College, London, and has spent his career working in IT and technology. He notably spent eight years at PwC and nine years at the BBC. Recently he helped grow a “start up” software company for seven years before moving to a larger company specialising in data management in early 2016.

Peter sings in a local choir, is a trustee of a charity at Imperial College and treasurer of their alumni association, as well as having been a Biddenham parish councillor since 2012.