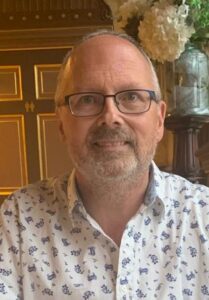 Stewart came to Bedford in 1974 and after several excursions away has lived in the area since 1990 moving to Biddenham in 1997.

He spent 27 years working for the Borough Council and also spent time as a Governor at Bedford College and a Trustee at the Marston Vale Forest.

He has been married to Laura since 1992 and they have two grown up children and a delightful Westie.