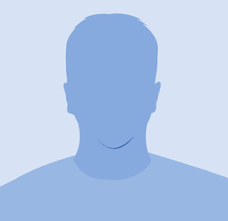 Krzys Osuch was born in Bedford on 14th February 1952. He attended St.Gregory’s Secondary school in Biddenham. Educated as a Ceramic Engineer leaving university with two degrees in industrial ceramics.

On leaving university he worked for companies such as Wedgewoods, Wood & Sons & A.G. Hackney where he redesigned “The Marigold Glove” to have a ceramic former rather than the plastic one that melted or a wooden one that burnt around the arm section. Next he became a salesman and joined a company selling instrumentation equipment to the North Sea Oil  industry. From here he joined a local company that was involved in the oil industry and thus spent several years in a suitcase around the world selling their products to various oil producing companies.

Wanting to settle down and marry he next joined a security company in which he sold numerous security products and was involved in securing many military bases in the UK.

Finally when the Berlin Wall came down he saw an opportunity in Eastern Europe and so started his own company, firstly supplying UK sourced products to Polish companies but ended up with several companies employing some 300 people. One range of products was Leather furniture that was sold throughout The British Isles via High Street outlets.

He has lived in Biddenham with his wife and two daughters since 1985 and has seen many changes in that time, some good & some not so good. He has been on The Parish Council now for a few years and hopes that he has brought to it some measure of knowledge and help in making life better for the residents of Biddenham.