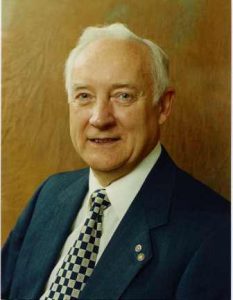 Graham was born in Bedford and was educated at Rushmoor and Bedford Modern Schools and moved to Biddenham 1958. He trained in Luton in the drapery trade was called up for National Service and served in the RAF and stationed at Kuala Lumpur.

Elected a Biddenham Parish Councillor in 2003 and was its Chairman for seven years. He also served as a Magistrate and chaired the Youth Bench before his retirement. He chairs the Governing bodies of Rushmoor and St Andrew’s Schools and two Municipal Charities and is a Governor of St James VA Lower School, Biddenham. HM The Queen appointed him an OBE in 1998 for his charity & civic work.