Tour of the garden of Kings Close. The house and garden were designed by Mackay Hugh Baillie Scott Helen Humphreys, the present owner will kindly lead the tour. There is no charge for the tour.

There are some pictures below from the 1920’s Kings Close from the prolific author and athletics coach named F.A.M. Webster. Mr Webster built a pole-vault runway in his back garden on which his son, Dick, trained from a very early age and went on to become Britain’s record-holder and most successful pre-World War II Olympic competitor in the event 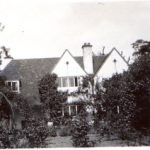 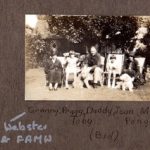