URGENT – Application for up to 250 dwellings West of Gold Lane, Biddenham

A formal application has been made by a housing developer for up to 250 dwellings including vehicular access from Gold Lane, emergency only access from the A4280, pedestrian and cycle links, public open space, car parking, drainage, landscaping and other associated works.

Biddenham Parish council have written a second letter detailing how to object to this development. There are multiple actions required to be undertaken in order to mount a successful rejection of this plan. The letter gives very detailed step by step instructions on how to complete these actions. The letter will be sent to every resident in the village of Biddenham shortly. Please click here to view the letter in advance.

Please reach out to friends and neighbours who may be unaware of this development plan. Bedford Borough Council will take into consideration the volume of comments when making their final decision. We need objections in the 1000’s

Note the following when making the submissions.

If you experience any problems with the process of objection, please let us know in the comments section below:-

There has been a planning application to demolish Biddenham House and build 8 new dwellings on the site.

The Biddenham society have published details about the application in the Biddenham blog.

The Developers  will be holding an exhibition for the new housing development on the Farmland West of Gold Lane on Tuesday 21st November at the Church Barn from 1.30-7pm.

The developers have set up a website Gold Lane Biddenham, which at this stage is just advertising the event, with an opportunity to provide feedback. After the exhibition day all material that has been on display will be available on the website. All subsequent updates about the development will be published on their website.

The Parish Council, Biddenham Society and a representative from the Village Pond met with the developers for the farmland West of Gold Lane on Tuesday 31st October 2017.

The prime issue under discussion was the number of houses to be built. Previously the Bedford Borough Council suggested a figure of 150 houses allowing space around the heritage sites e.g. The Church, Coffin Path and village pond. The developers presented a suggested figure of 300 houses.  Further details about the discussion can be viewed in the Biddenham Blog

The developers will shortly hold some displays on the development in one of the villages halls. This will be an opportunity for the public to input into the process. Dates will be posted on this website when available. 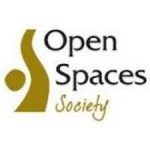 Biddenham Parish Council have joined the Open Spaces Society for a fee of £45 per annum. Information about the society can be found by clicking about open spaces. A number of existing organisations such as The Village Pond and The Biddenham Society need the expertise and support of the society to protect the environment and landscape of the village.

With increasing challenges facing our village, membership has been centralised at Parish Council level for the benefit of all clubs, societies and indeed individuals within village.  Should you wish to use this service which is now free, please contact Alison Southern at clerk@biddenham.org.uk

The Biddenham Society has commissioned and installed the village’s first historic green plaque to commemorate and identify the C16th Coffin Path which runs from Gold Lane to St James’ Church, forming an important part of the Biddenham Heritage Trail which was opened in 2015.

The book The Village of Biddenham through the ages, describes The Coffin Path, or Causeway, as historically being a vital amenity for the village as it was the shortest way for relatives of the working class to carry the coffin of the deceased to the churchyard for burial.  The path and gates were kept at a width of six feet to allow a coffin with a man on either side to pass through comfortably. In the C18th the Botelers left £2 per annum with the vicar to ensure regular maintenance was carried out to keep the path to the requisite width.

Unfortunately, in 2016 successive ploughing by the land owner destroyed a large part of it, since when the route has relied on villagers and other walkers marking it out with their feet. Meanwhile, with the support of the society and other local groups, the parish council continues to engage in dialogue with the land owner to seek reassurances that this important part of our heritage will be properly preserved in the future – and at six feet wide, not just the width of a tractor wheel!

The plaque is mounted on the north wall of Dawn Cottage at the Gold Lane end of the path, and we thank Peggy Groves for agreeing to have it on her property.  The Biddenham Society is also grateful to the Biddenham History Society and the Biddenham Show Committee for their sponsorship of this project.

The Village of Biddenham Through The Ages A number of people have recently showed interest in the history of Biddenham. So this is a perfect opportunity for people to be aware that there is a book available for purchase.

Three Biddenham History Society members , Katherine Fricker, Mary McKeown and Diana Toyn have written a very detailed and comprehensive book about the village of Biddenham. A book review by Bob Ricketts  is available for further information

Note in advance before purchase, there is no mention of FAM Webster in the book.

Local Plan 2035 -Planning for the future

The Bedford Borough Council is asking residents for their views on where growth and housing development should take place in the borough over the coming years as part of the Local Plan 2035 Consultation.

Further details can be accessed at Local Plan 2035