A couple of pictures of the bike can be seen below. It is a White Apollo Envoy Mens Hybrid Bike 18″. It has in addition a black rear rack with black panniers on it. It can be further distinguished by having two different tyres with a coloured valve

The incident has been reported to Bedfordshire Police where a crime number has been assigned JH/46486/2017. If anyone has information or has seen suspicious activity in the specified area, please report it to the police immediately. 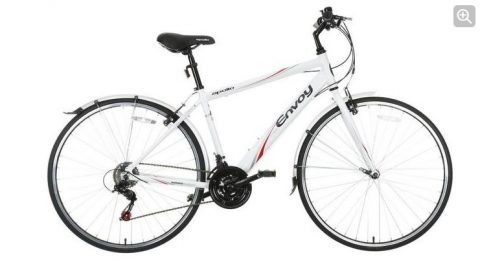